Search the co-production knowledge base 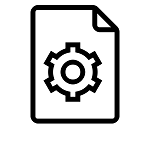 Positive risk taking is defined as ‘…weighing up the potential benefits and harms of exercising one choice of action over another. Identifying the potential risks involved, and developing plans and actions that reflect the positive potentials and stated priorities of the client. It involves using available resources and support to achieve the desired outcomes, and to minimise the potential harmful outcomes. It is not negligent ignorance of the potential risks… it is usually a very […]

By Anne Moore in The Guardian “The Land is close to the original adventure playgrounds that started in Denmark during the second world war. The first was created by the landscape architect Carl Theodor Sørensen after watching children playing on bombsites, building and demolishing. It opened in Copenhagen in August 1943 and was known as askrammellegepladsen, which translates as “junk playground”. Nothing was static or expensive – it was all wood, rope, empty vehicles, bricks and […]